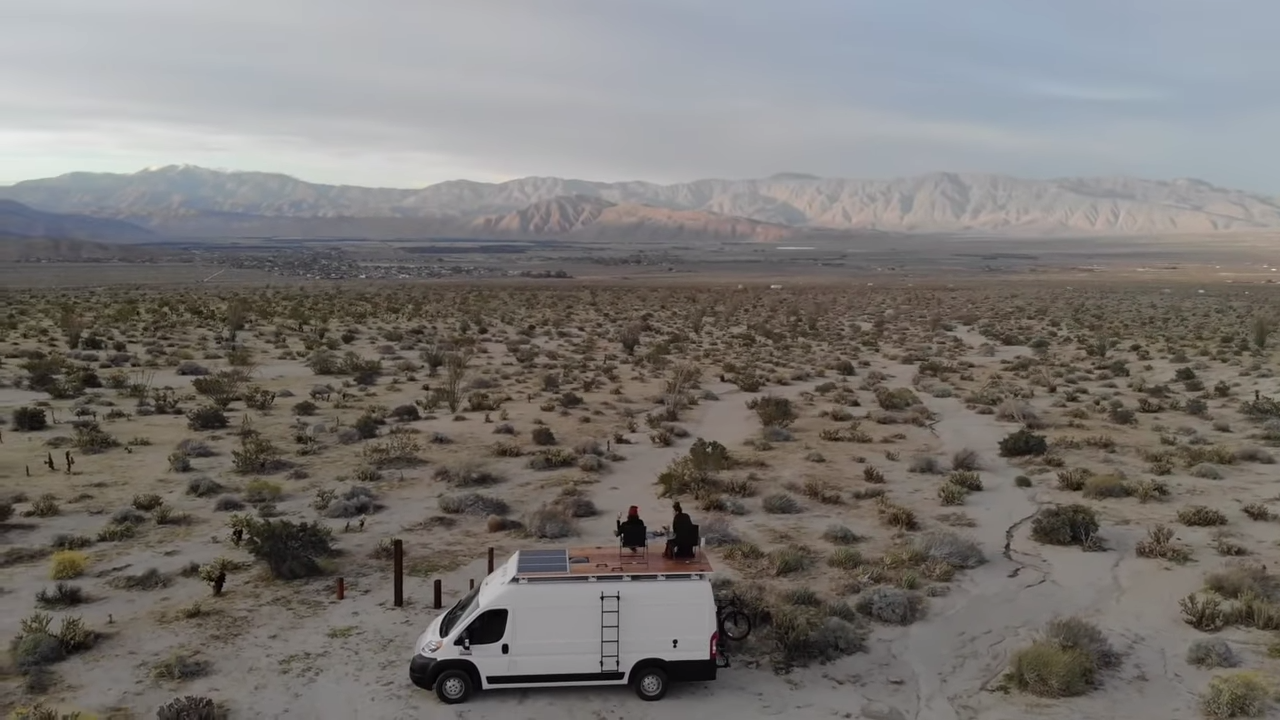 About Aaron and Meg

Before embarking on their van life journey, Aaron and Meg both lived at sea. Meg was a private superyacht chef and Aaron was a first officer. So they were both accustomed to travelling and not having a static home. They realised that they wanted the opportunity to explore the world on their own terms. In particular, they wanted to see what America and its adjacent countries have to offer.

So with that in mind, they bought a 2019 Ram Pro Master, which they’ve named Van Damme. After some consideration, they decided that now was the perfect time in their life to go travelling i.e. before they settle down and have children. All in all, they spent around 2.5 months converting their van into a home. Aaron says that he really enjoyed the build, and would love to do it again. However, neither of them are good with plumbing or electrics, so the van was mostly built by Ben Williams in Nashville.

The van was built with the galley in mind, because they knew they would spend a lot of time cooking. You have to think about what suits your lifestyle. Initially, they thought a beautiful large kitchen would be their main focus. But they didn’t think about the limitations this would bring.

Both Aaron and Meg love van life. The beauty of having a home on wheels is being able to take it from A to B whenever you want. They believe that living on the road encourages you to meet people and make friends with them along the way.

Check out their website to have them build you a van; https://www.vandammeconversions.com/

Check out the full tour of Aaron and Meg's van over on my YouTube: