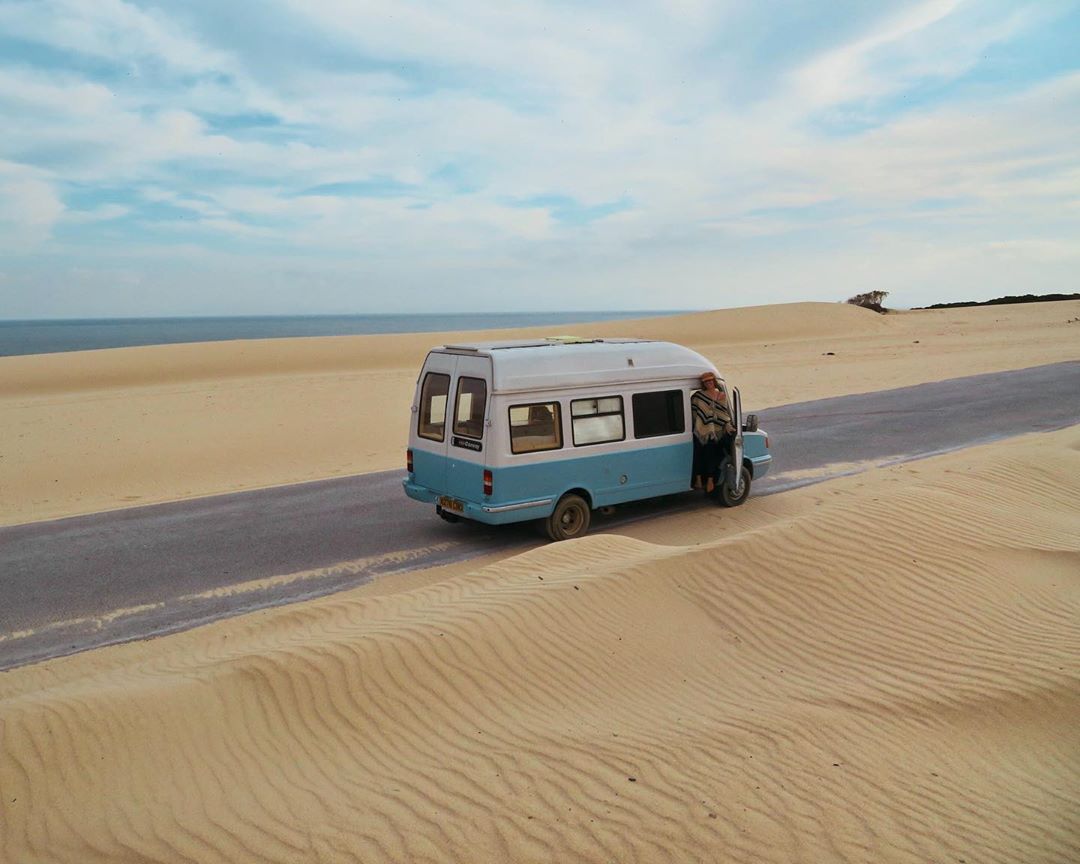 Living off-grid and staying up to date with your favourite TV shows typically aren’t things you would put together. But if you think van life means you have to sacrifice home comforts, think again!

About Alba and Luke

When Alba and Luke first started dating several years ago, one of the first conversations they had was about van life and off-grid living. It was something they’d both dreamed of doing, so it was non-negotiable when looking for a prospective partner. Thankfully, they were both on the same page.

A few months down the line, they decided that the time had come. Bored of their day jobs, it was time to follow the sun south across Europe and live a life of exploration. So they quit their jobs and purchased a 20-year-old LDV Convoy from an English couple who weren’t getting enough use out of the van.

Initially, the van was used as a minibus for transporting elders to and from the town centre. The previous owners, however, had converted it to a mini home on wheels. The old layout worked well but it wasn’t exactly what Alba and Luke were looking for. So after they purchased the van, they travelled to London, got the ferry to France, stopped off at Paris, and then drove across to Barcelona. It was in Barcelona that their van renovations began.

To see the Alba and Luke's full van tour, head over to my YouTube channel: