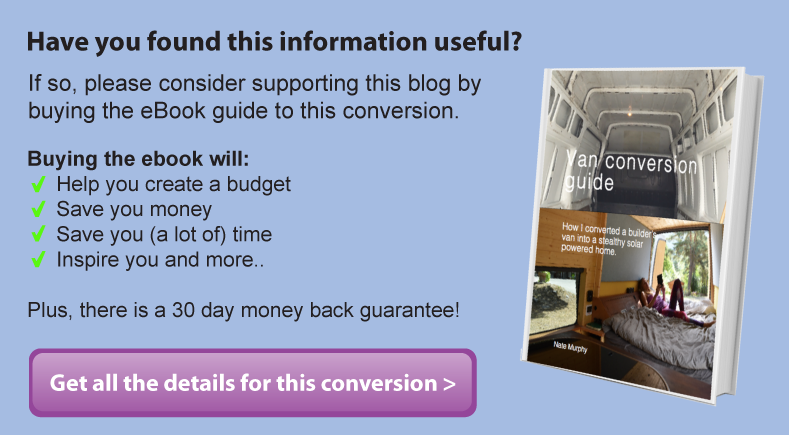 These are my bed-side cupboards. 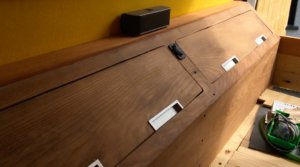 The design is actually pretty awesome because it means you can put a pillow against it and turn it in to a comfortable place to sit. 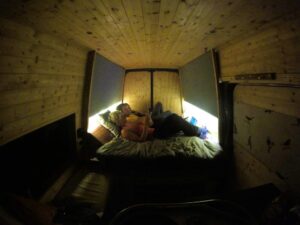 I have actually had four people sitting comfortably along this to watch a film. I used mahogany – because I had it – it presented some added challenges and using 22mm ply (or similar) would have been easier. But you could use any sturdy material to make them.
I originally planned on having four flap lids but in the end I went for two. It is better this way as you can see more inside. I did not put dividers in the cupboards. I use it for clothes and I have these fabric dividers which have worked well so far.
At the ends of the unit I used some bent-open brackets to secure it – before screwing on the end-pieces, and glueing the edges together for structural support.
The handles from Hafele were kind of pricey but they look great.
The cupboard also has my main light switches. This is nice as you do not have to leave bed to turn them on. I tend to just use my toes to do so! The switch layout is designed to avoid needing labels. 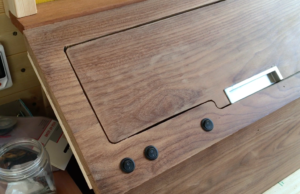 Switches. Front LEDs, Back LEDS and, separated; side light LEDs.
In the middle, and at the end of the cupboard I have put USB plugs.
This means you can have your phone or other device charging at a place you can easily reach it to kill that damn alarm.. 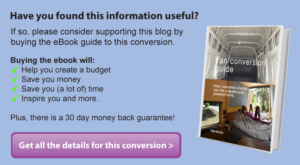