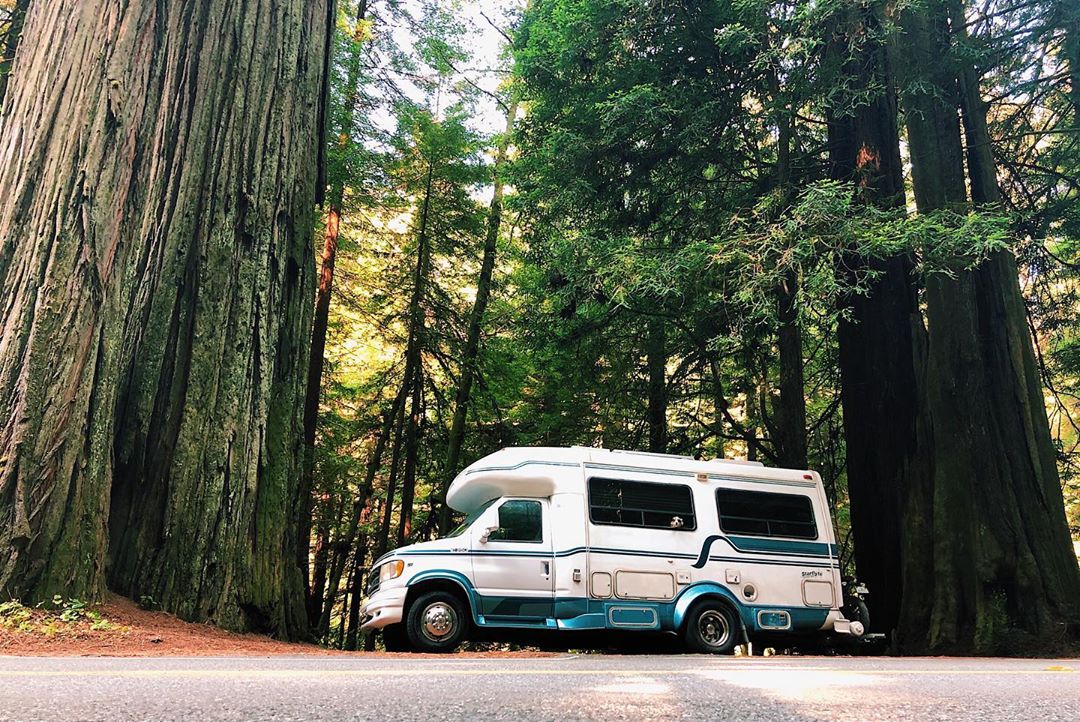 If you’re hoping to get into van life, one of the first dilemmas you’ll face is whether to build or buy. A self-build van offers more flexibility and freedom, but often at the expense of extra time and money. That’s where pre-built RVs come into play.

About Chad and Ashley

Ashley and Chad have been on the road for around 15 months, having purchased their van in late 2018. Like many other van-lifers, they initially started looking for a traditional Spinter, Promaster or Transit van. However, they quickly realised that it’s near-impossible to find a decent van with less than 100,000 miles on the clock for less than 10 – 15 thousand dollars. So instead, they settled on a class B 1999 Coachman Starflyte RV. Ultimately their decision came down to cost – for the same amount of money they could get a fully furnished RV or an empty Sprinter.

Opting for an RV therefore saved Ashley and Chad a lot of time and money. Apart from a few cosmetic issues, their RV was pretty much flawless. Their main upgrade came in the form of 3 x 100-watt solar panels, which they fitted onto the roof of the van. These set Ashley and Chad back $4000.

In hindsight, the pair are glad they chose to go for an RV. They really appreciate how much storage the van has. If they were to build their own van, there’s no way they would’ve been able to incorporate so much storage. Their van isn’t perfect, but it serves them well and meets their needs. Ideally, they would like to have more countertop space in the kitchen. It’s fine with the hob is not in use, but when it is they don’t have anywhere to prepare food, which can be frustrating.

For the full tour of Chad and Ashley’s van, check out my YouTube: