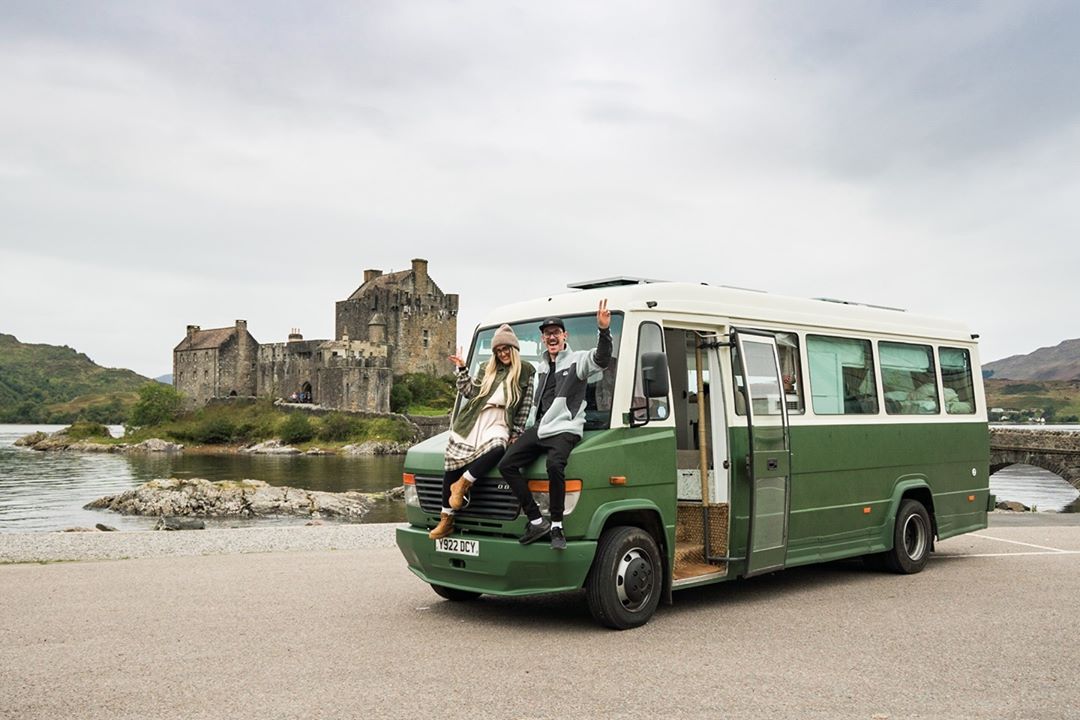 I’m sure at some point in your life you’ve been caught up in the exhilaration of an eBay bidding war. But have you ever found yourself bidding thousands of pounds on a poorly listed bus that you’ve never seen in real life? Didn’t think so.

About Craig and Aimee

For years, Craig and Aimee dreamed about building a tiny home on wheels. One day, they thought “f**k it” and started browsing eBay. Here they found Custard, a 2001 Mercedes Vario 814. Without any additional research, they soon found themselves in an intense bidding war. Thankfully, Aimee came out on top, and the pair paid £3651 for the van.

They initially gave themselves 6 weeks to renovate the van. They knew it would be a monster task, but they wanted to travel through Europe before the end of summer. After 6 weeks of stress, tears, and hard graft, Custard v.1 was ready. The van wasn’t perfect, but it met their basic daily needs.

After 7 weeks of travelling around Europe, Craig and Aimee returned to Wales and decided it was time to continue with their conversion journey. They spent the following 10 months making the van everything they’ve ever wanted. By renovating the van over a long period of time, they were able to stagger their costs, making it a lot more financially feasible.

To see the full tour of Craig and Aimee’s van, check out my YouTube channel: