Bulkhead.
Before doing anything else I removed this – there is more about this a future blog post (and how it was rebuilt).
Fixings
I wanted to have some strong ceiling attachments in the van. 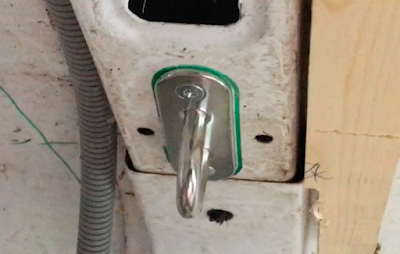 I got these 6mm stainless eye plates from a yacht supplier
Partially for having a hammock from corner to corner – but also to allow me to attach things to the roof if I needed to (e.g. surf boards).
I did not have an exact use-case in mind – but by doing them now it means I have options in the future. 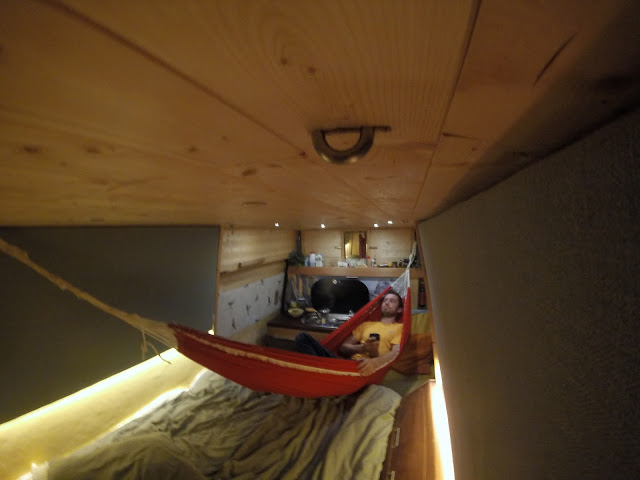 Because, hammocks. Also means I can sleep three, sometimes nice.
On that basis I bolted six stainless-steel load bearing points to the roof; four over the bed and two at the front. I got mine from a yacht supplier – they only cost a few dollars each.
These were long enough to stick through the paneling and were rated for 600kg.
I used stainless steel countersunk machine bolts, and using the powered screw driver made them super tight to the metal work. This way they are unlikely to ever get loose!
Wiring set-up
I used conduit for my wiring – you do not ‘need’ to, but it was really handy. It also meant I could add extra wires later if I needed to.
Conduit is pretty cheap, I used some spare from a building site near me – so it was free.

Gluing conduit over the ceiling
First I drew out my electric wiring and LED positions on to the van using a marker pen. Once done, and once I was happy with where the batteries and electronics were going, I pushed the conduit through the metal box section (sides of the van) and glued it to the ceiling where necessary.
This was used for each main set of lights, the fan and the side LEDs. I also put conduit going to the kitchen unit to power the tap and for wiring to go to the van battery for the split charge.
Pushing in the cables
Once done I pushed my electrical cables through the conduit. I left a bit extra on each cable just to be sure.
I labeled the conduit at the battery end (and the cables) so I knew where each one went. 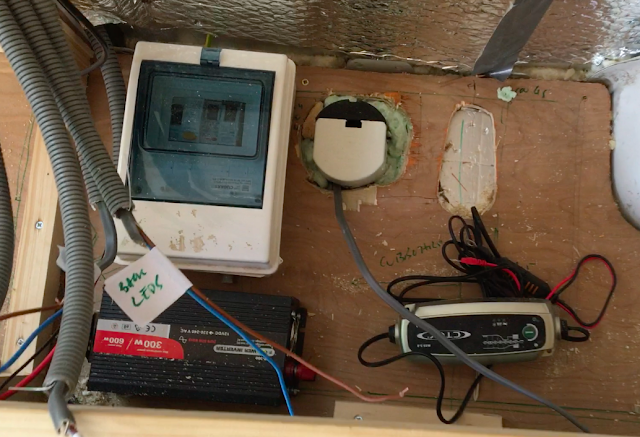 Mains-in position an where all my conduit ends up. Notice the labeling – this makes things much easier when wiring up the van!
I used standard 1.5mm sq three-strand wire for all my 12v wiring and pushed it through the conduit ready for future use.
I could probably have got away with thinner two-core flex for most of the van – but there is no harm in thicker-than-necessary wire and it was pretty cheap for me to get hold of.
Where the conduit needed it, I cut a hole in it so that the lights or fan could be connected in the right position. 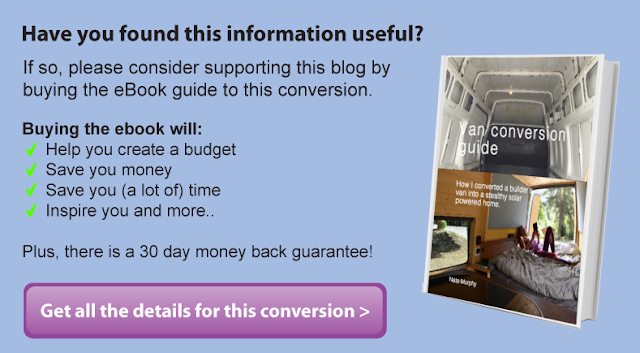