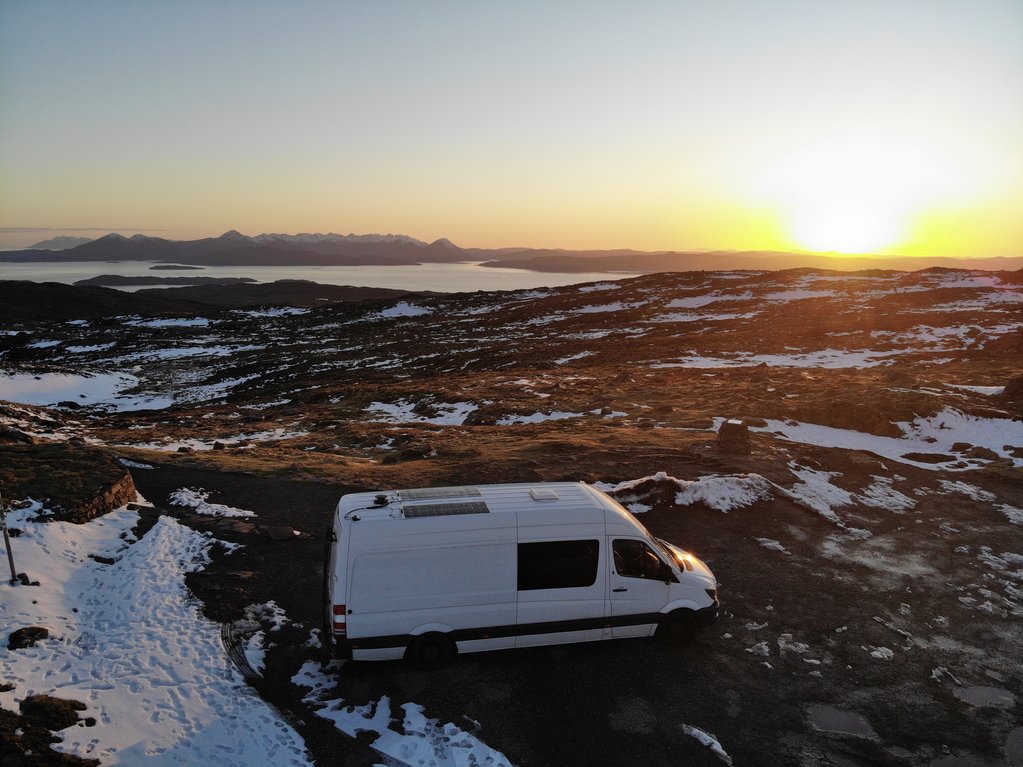 You often hear about van conversions that are done on a budget, but how true to life is this?

Jacqui had been dreaming about building a campervan for many years. She is a firm believer that amazing design can be achieved on a small budget. Often, the best ideas come from thinking about practical and imaginative ways to solve a problem.

Back in 2018, Jacqui and her partner purchased a 2013 LWB Mercedes Sprinter for £12000. After plenty of research, they settled on a Mercedes due to how reliable they are. They were drawn to the additional space of the LWB, which guarantees that they have everything they need to live in the van full-time.

Jacqui and her partner spent the following 6 weeks transforming the van from top to bottom. They wanted their van to feel modern, light and airy inside, much like an apartment. So they opted for a minimalist design using white paint and industrial fixtures and fittings.

All in all, the van cost approximately £19,000 to build, excluding any labour costs. They appreciate that this is quite high, but they wanted a van that was well-designed and beautiful, and they knew they couldn’t achieve that on a drastically low budget. Jacqui also knew that she and her partner would be living and working in the van for the foreseeable future, so they wanted to ensure that it’s comfortable and suitable for their needs. For a full breakdown of costings, have a read of Jacqui’s blog post here.

To see the full tour of Jacqui's van, check out my YouTube channel: