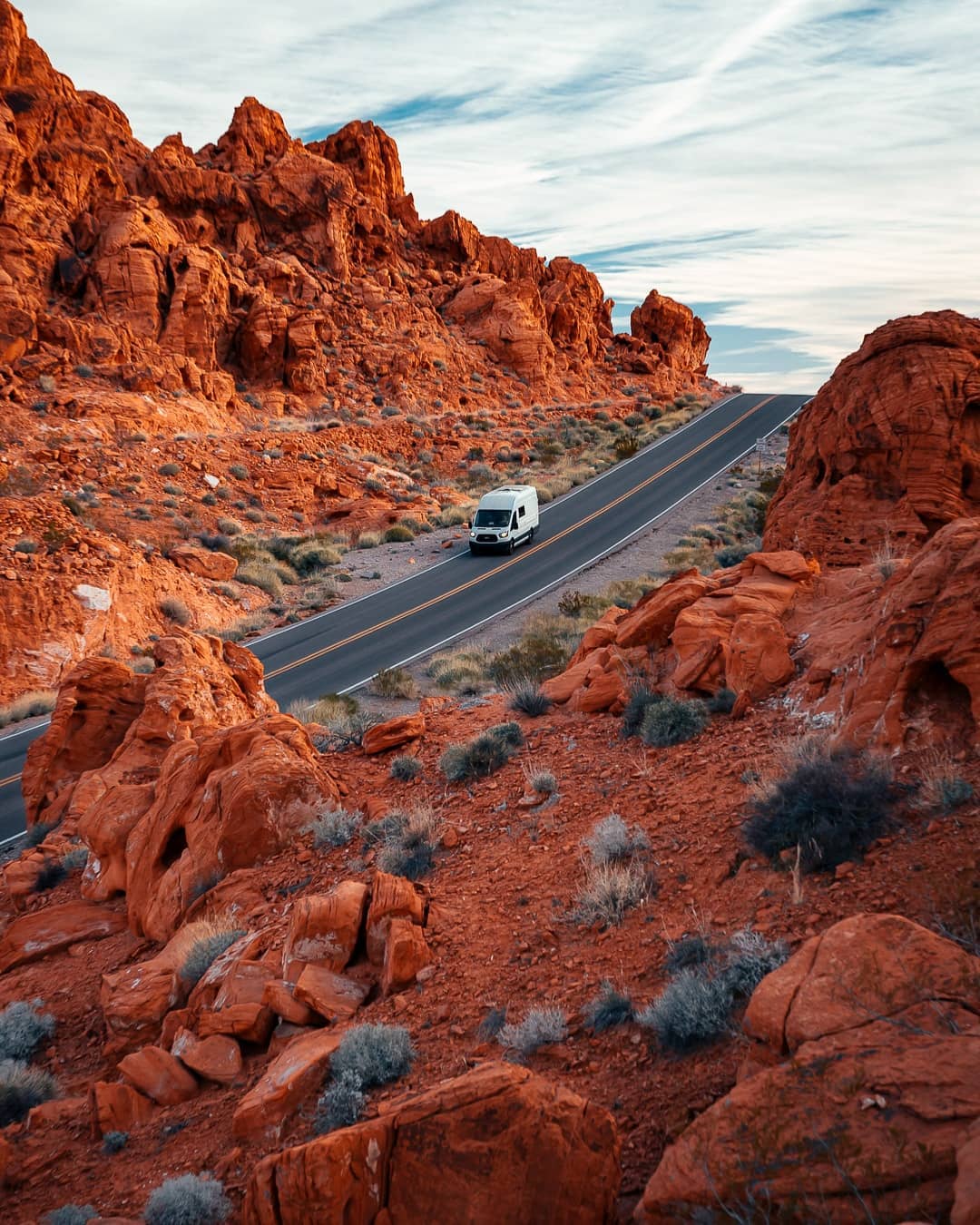 When you think of vanlife, you probably associate it with minimalist living. You’re contained, always moving, own fewer possessions, and are required to make resourceful choices. But it doesn’t always have to be this way.

Meet Nikki, a photographer and YouTuber from Ontario, Canada. Back in early 2019, Nikki bought a 2017 Ford Transit 250 LWB High Roof Van, which she calls Wilson.

Prior to this, Nikki had spent two years living in a pre-converted van in New Zealand. But the van was unreliable and she quickly grew frustrated with the amount of money she was having to fork out. So once her visa expired, she sold the van and moved onto something bigger and better.

Nikki bought Wilson for $34,000. She opted for this model because it is the tallest and longest in the range, so gives her the largest space to work with.

Impressively, Nikki built most of the van herself, with a little help from her father and brother. The fit-out took three months of intense research and planning, plus 30 days of solid labor. Altogether Nikki spent around $15,000 transforming Wilson, which takes her total expenditure to approximately $49,000.

The van’s interior is heavily inspired by Nikki’s love of log cabins, though she sourced most of the components on Amazon. She currently lives in the van with her partner Ben. Together they’re on a road trip around the USA with plans to visit Washington, Oregon, California, and Arizona, amongst others.

Check out the full tour of Nikki and Ben’s van on YouTube: