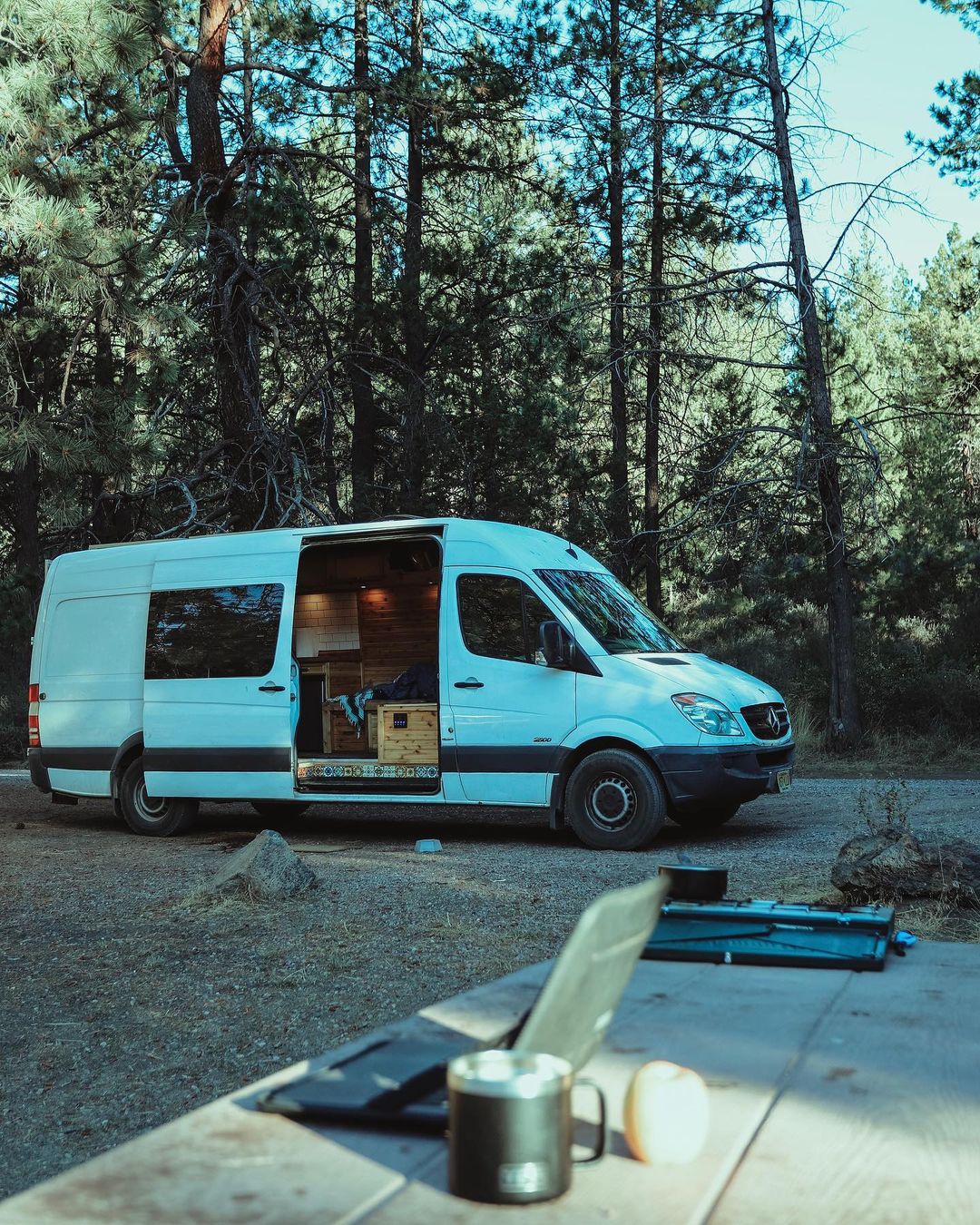 Do you ever feel trapped in your current lifestyle, stuck in a monotonous routine of working, eating, sleeping? Do you long for a more purposeful life?

All of us joke about selling our belongings and starting again, but what if I told you it’s easier than you’d expect?

Shane has always been a go-getter. By the age of 19, he’d quit college and found a full-time job. By 25, he’d bought his own house. From an outsider’s perspective, he had everything – a stable job, a car, a house, dogs. But he was deeply unhappy.

After years battling against anxiety, depression and PTSD, Shane decided he’d had enough. He felt that a lot of his issues were linked to living in a house, he felt trapped. You see, in 2012 Shane lost his home to Hurricane Sandy. At the time he was completely devastated. He’s determined to never find himself in that situation again.

So, right before his 30thbirthday, Shane decided to take the plunge and sell his house. With the money, he bought a 2013 Mercedes Sprinter 170” extended van. Almost instantly, he started to reap the benefits of nomadic life. He wanted to go out into the world and find himself. The van gave him that opportunity.

As it stands, Shane has been living in his van for around 1 year and he has no plans to return to his former lifestyle. Right now his main focus is his podcast, which aims to inspire others to get out of the routines they’re stuck in.

To see the full van tour, check out my YouTube channel: