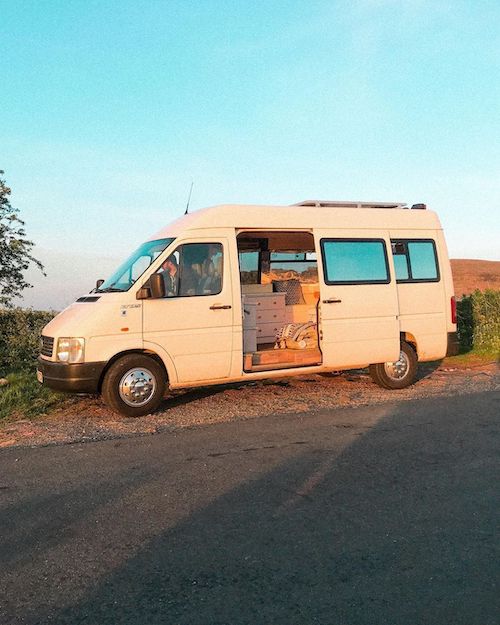 If you’re thinking of moving from a standard two up two down dwelling house into a movable home on wheels, you’re probably wondering what to do with all of the belongings you’ve amassed over the years. Instead of throwing them away, why not try upcycling?

About Tom and Lucy

Truth be told, Tom has been dreaming about van life since a very young age. He’s always been attracted to the idea of travelling the world from the comfort of his own home.

One day, he and his partner Lucy decided that now was as good a time as any. So they pledged to say goodbye to their shared apartment and their stable, full time jobs, in favour of a life on the road. Shortly after, they purchased a Volkswaken LT35 minivan.

Over the course of a few months, Tom and Lucy have managed to create a stunning home for themselves without breaking the bank. They’ve recycled and repurposed as much furniture from their old flat as possible, including their double bed!

At the minute, they’re just using the van for weekend trips away. Their pre-COVID plan was to travel around Europe, but sadly this has been put on hold. Next year, they plan to be living and working from the van full time.

To see the full tour of Tom and Lucy’s van, check out my YouTube channel: