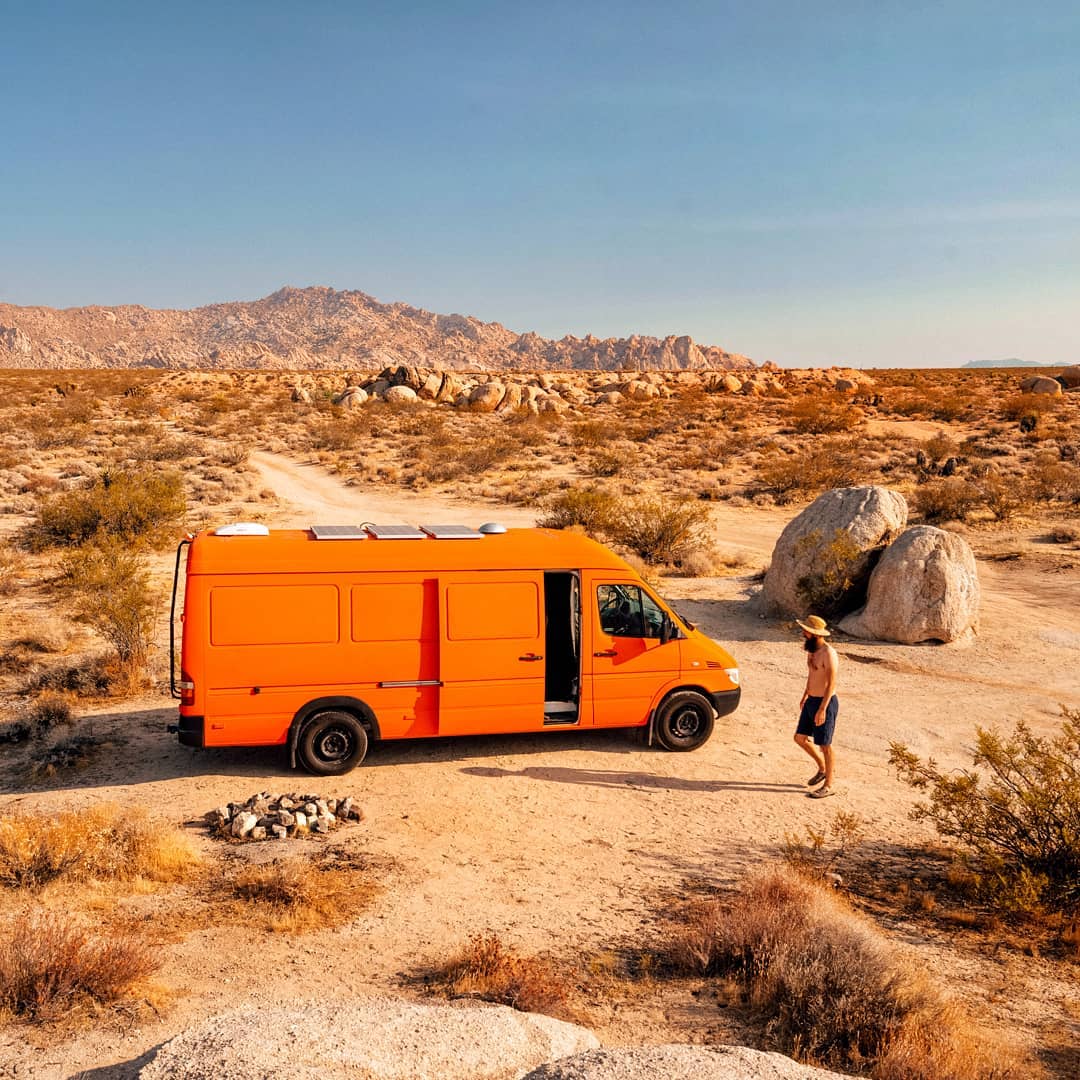 What leads people to move out of their spacious, comfortable homes into tiny converted vans, you might well ask. For Betsy and Justin, the answer probably isn’t what you’d expect… their car was stolen!

About Betsy and Justin

Back in 2016, Betsy and Justin became the unfortunate victims of a mean-spirited crime. Their beloved car was stolen from the front of their house, which was truly devastating. But instead of feeling setback, the pair used it as an opportunity to grow. Justin had been thinking about vanlife for years, but was stuck in a state he likes to call ‘analysis paralysis’. That is, he was telling himself ‘I’ll do it when I’ve found the perfect van, I’ll do it when I’ve got the perfect job’ etc.

After some convincing, Betsy and Justin went out on a whim and decided to start looking for a van to convert. They hunted around for months, and eventually fell in love with a 2005 158” WB Dodge Sprinter. In the past, the van served as a FedEx delivery van, so it was a completely blank slate.

With the help of their family and friends, Betsy and Justin were able to convert the van in around 8 months. At the time, Justin was working 60 to 80 hours a week as a resident and Betsy was working and attending school full time. They moved into their van in early 2017, and have been living in it full time ever since. They can’t wait to be free and wandering the roads of various countries, but for now they’re both working full time as medical professionals, saving money on rent and putting it towards their student loans. Most of the time, you’ll find them parked in their hospital’s parking lot. At weekends, however, the pair like to explore everything that America has to offer.

To see the full tour of Betsy and Justin’s van, check out my YouTube channel: