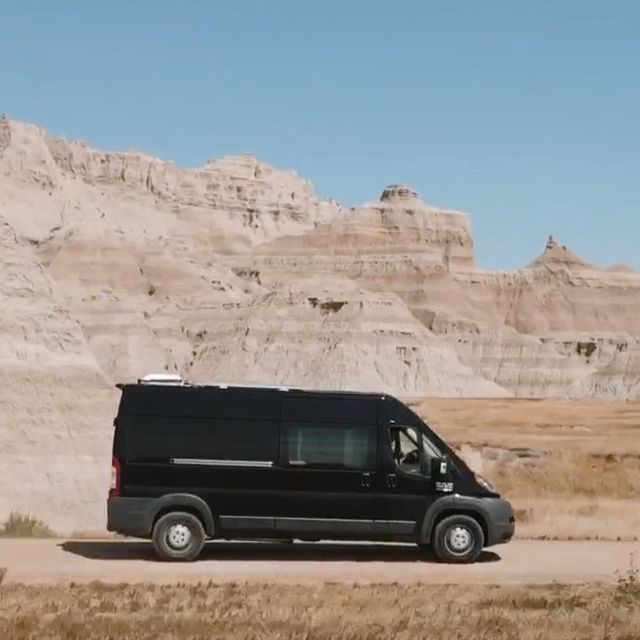 Over the last 9 months during the COVID-19 pandemic, many of us have been forced to find new hobbies and ways to spend our time. If you’re an active social media user, I’m sure you’ve seen endless amounts of banana bread, Tiger King meme’s, and Dalgona coffee. But for Dianna and James, this wasn’t adventurous enough, so they decided to take things one step further.

About Dianna and James

Dianna has been renovating homes with her Father pretty much her entire life. So when the pandemic hit and suddenly she had a lot more free time on her hands, she decided to take it back to basics.

At the time, Dianna and her husband James were living in a rental property. The pair love interior design and renovation, but their creative juices were being suppressed because they couldn’t make any permanent changes. So they decided to take on a project unlike anything they’d done before, a van conversion!

Together they purchased a 2015 Ram ProMaster van. They opted for a sprinter, rather than a traditional campervan, for two main reasons. Firstly, sprinter vans are not bound by parking restrictions common to other camping vehicles. This gives them more freedom to drive and park wherever they like. Secondly, it’s stealthier than a traditional camper, which helps the couple to feel more secure.

All in all, the conversion process took around two months. They opted for a modern, Scandinavian-style interior featuring a wooden tongue-and-groove ceiling, hexagonal bathroom tiles and cane webbing cupboards.

To see the full tour of Dianna and James’ van, check out my YouTube channel: