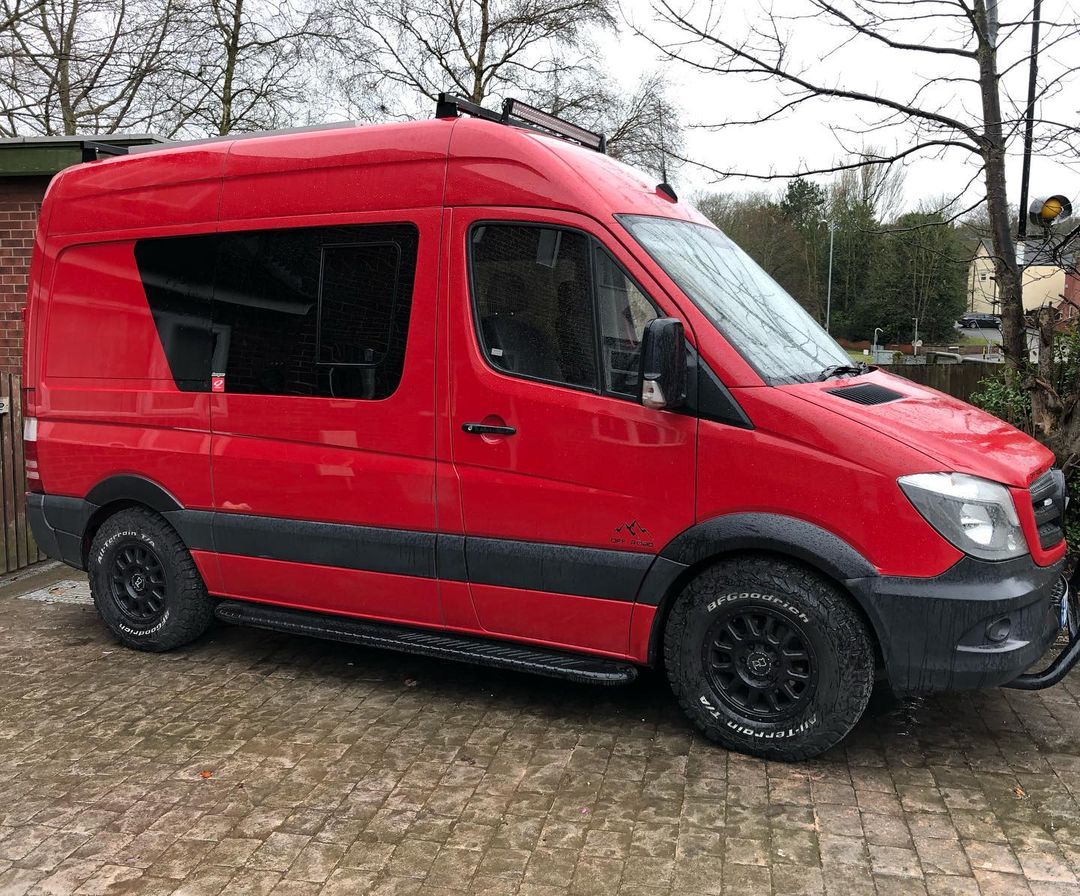 Regularly travelling to different locations with your MTB is a great way to test your skills, step out of your comfort zone, and escape your daily routine. But public transport and overnight hotel stays can quickly become economically taxing. Not to mention the additional organisation involved in such endeavours. Thankfully, vanlife offers a perfect solution to this conundrum.

By day, Robert works a standard job as a professional builder/carpenter. But outside of the 9 to 5, he devotes all of his spare time to MTB.

Unhappy with how restricted he felt, Robert started building vans several years ago to accommodate his MTB trips. For him, vanlife is all about getting out, riding, and adventure. The van has everything he and his bikes could possibly need, which enables him to spontaneously get up and jet off whenever he feels like it.

The van in question is a Mercedes Sprinter Short Wheel Base with High Roof. Robert bought it from a dealer in Manchester. Beforehand, it was owned by a crane company that works on railway repairs.

The bright red Sprinter is not Robert’s first van conversion, but he argues that it’s definitely the best. He’s learned from past mistakes and now has a better understanding of what he needs from a MTB van.

Get a copy of the Van Conversion Guide

To see the full tour of Roberts van, check out my YouTube channel: